← more from
Broken Stone Records
Get fresh music recommendations delivered to your inbox every Friday.

Love In the Form of Death, and Other Guises

by The Killing Words 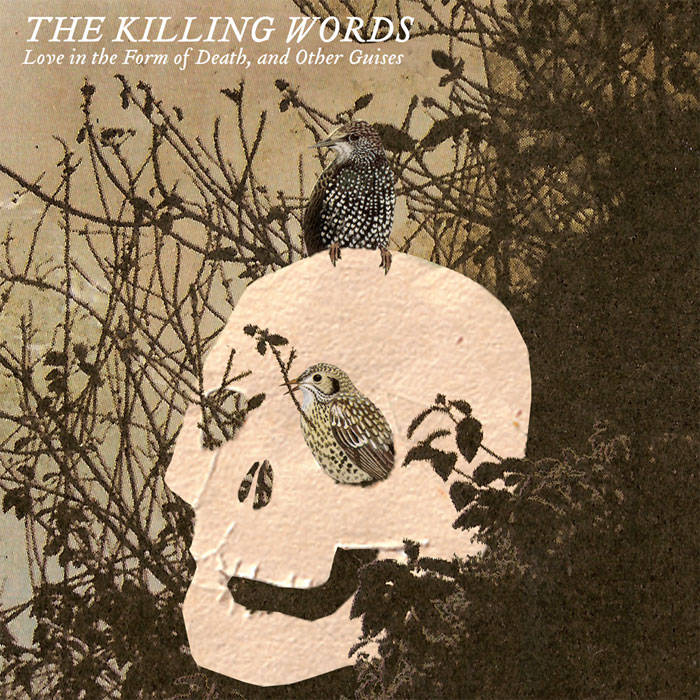 A sonic meditation in a minor key, Love in the form of Death, and other Guises is the debut record for London based electric folk project: The Killing Words.

An exploration of human relationships, beginning with departure, moving through lust denial, dissent, disbelief, reconnection, transcendence and ending eventually with the acceptance of desolation. This score, sketched out around on the focus of ones love for another is intended as a single sound sculpture, akin to a soundtrack in, rhythm, and tonality. Each epic tale is interwoven with electric guitar soundscapes, hematic elements and natural field recordings.

Musically it borrows heavily from the concept albums of Van Morrison, Johnny Cash and Neil Young. Poetically, Love... aims to capture some of the influences of Badiou, from whose philosophy the metaphysics at the centre of the album is derived. Exemplary of this is The Townes Van Zandt-esque ditty, Isle of Dogs Isle of Dreams, which cascades into waves of oscillating delay and electronic noise. The principal annonymous songwriter is joined by several label buddies including Kelly Saunders, Des Miller and special guest vocalist Lucy Kaldor (on Praised Be The Day).

Written, Recorded, Performed, Produced, and Mixed by The Killing Word:

Including :
Track 5 Which Includes Kelly Saunders on Vocal

Thanks to:
Broken Stone Records for the support, Lucy Kaldor, Kelly Saunders, and Des Miller for a amazing contributions (three legs of a table), Greedy Hen (Katherine and Kate) for amazing artworks here, there and everywhere, Chris Rudge (as the once and future King), Tim Gotterson (for assistance behind the board), Big Willy on the mix down, Richard (and His Mind) for their equipment in Sydney, Alain Badiou (Lighting)

My mind is an ashtray
Filled with coins-
But an ashtray nonetheless
Dreams of avarice, dreams
of returning to the fold. Dreams
of St. Francis of Assisi- out there all alone
Naked within the wilderness,
vision well-sprung bittersweet
bearing down on the bottom of the barrel-
But dreams of avarice nonetheless. ... more